The second 3MT Winner is…
By: Carreen Krapf on November 15, 2019 01:00 pm
Frogs on fire, copper versus silicon, motivating volunteer combat fighters and lithium car batteries were just a few of the topics at the Second UCF Three Minute Thesis (3MT) Competition in the Live Oak Room.

An event co-sponsored by the College of Graduate Studies, Blackstone LaunchPad and the Office of Research, challenged ten doctoral students to do the best job of explaining their cutting-edge research to a large crowd and judges who were not familiar with their fields of study.

Contestants came from a broad range of disciplines including sciences, medicine, engineering, and security studies. Their presentations were three minutes or less while using a single slide.

Nasif Sayeed, from the College of Medicine, was awarded first place; Omar Ahmed, from Materials Science and Engineering, received second place and Nusaiba Zaman of Physics was awarded by the audience the People’s Choice Award.

3MT started at the University of Queensland in Australia in 2008 and has since spread to 600 universities in 65 countries around the world.

Winners from 3MT competition are invited to compete at the state competition on April 15, in the 2020 Conference of Florida Graduate Schools at UCF. 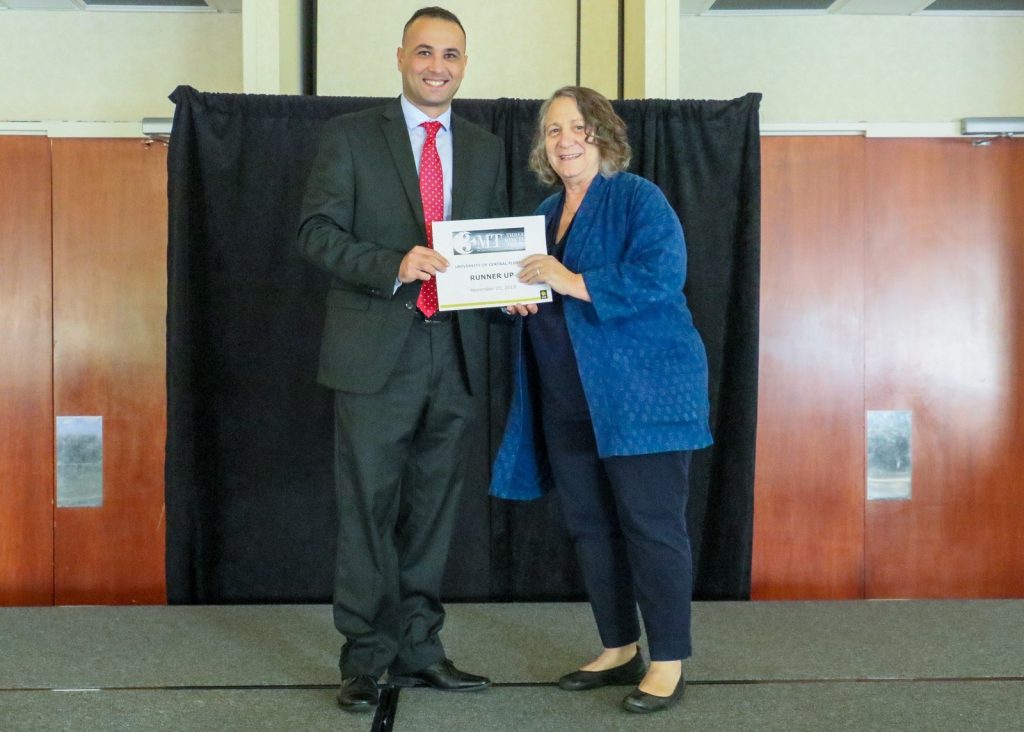