Faculty members from across UCF share what it takes to achieve progress: collaboration, perseverance, diversity of perspective, acceptance of diversity, and, through it all, inspiration.

Innovation at UCF is not an exception; It is the expectation. In 2021, U.S. News and World Report ranked the University of Central Florida as the 15th most innovative university in the United States — of the top 30, it was also the youngest. The classification drew from a survey of top college administrators, asking them to nominate institutions making “the most innovative improvements in terms of curriculum, faculty, students, campus life, technology or facilities.” In each of these areas, UCF sets the stage for creativity— leading the charge in online education and breaking records for enrollment and research funding. It also is one of the top public universities in the nation and world for producing patents.

However, even in a conducive environment, innovation rarely comes as the flash of serendipity so commonly imagined. Faculty members from across UCF’s 13 colleges can attest to how much it takes to achieve progress: collaboration, perseverance, diversity of perspective,  acceptance of diversity, and, through it all, inspiration. 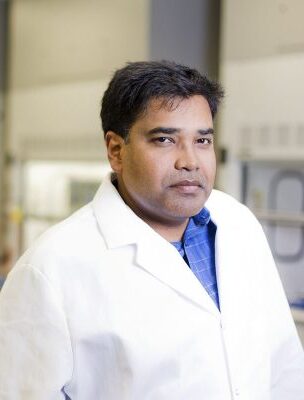 Knowledge from past experience can be thrown into stark relief when working in a new setting — and this is often the starting point for truly original research. Sudipta Seal, Chair of the  Department of Materials Science, began his career in high-temperature material production, with a focus on cerium oxide. By the time he started his Ph.D. program at the University of Wisconsin, he shifted focus to investigating materials that cause oxidative damage to organisms. He remembers he decided to “revisit cerium oxide and make it nanoscale.” Then, he tested its impact on neural cells.

Upon reviewing the results, Seal says, “it dawned on me that this material has a very unique biomedical property that has never been looked into. It is one of very few inorganic nanomaterials that is an antioxidant.” He also thanked his collaborators for the help they gave on the journey.

Ever since this revelation, the material has been subject to a great deal of research, Seal says.

“There is a wide range of applications in biomedical sciences — from cancer research to bone regeneration, tissue regeneration, and radiation protection,” he says. All from this almost accidental discovery made at UCF.” 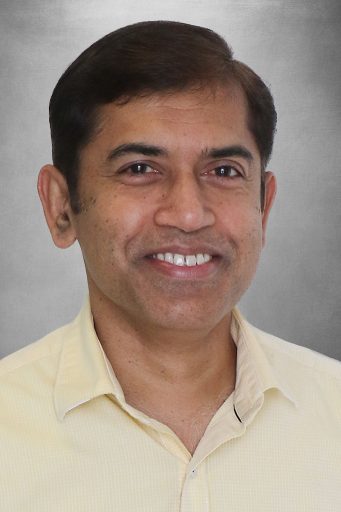 Moments of serendipity, even if few and far between, do play a role. Jayan Thomas, professor of nanotechnology, engineering and ehotonics, remembers working day in, day out to develop a supercapacitor in 2013. A breakthrough continued to evade him until he spotted a pile of wire one weekend while on an evening walk. The wire was made of copper — the same material he had been using to support his supercapacitor prototypes. Thomas realized that if he built a supercapacitor into a cable of copper wire, it might be capable of storing and transferring energy simultaneously.

After months of testing with his team, the idea was brought to reality, using billions of “nanowhiskers” to exponentially increase the surface area available for electrons. Thomas’ spur-of-the-moment realization had become the world’s first-ever energy-storing electrical cable.

Still, by its very nature, serendipity cannot be relied on. Elsheimer recalls a moment during his time as a graduate student at the University of Florida, when every factor but luck seemed to be in his favor.

“A reaction of mine at the bench got out of hand, and I accidentally made a ton of some stuff [difluoro-diiodomethane],” he says.

It was a novel material, determined to be the most promising candidate for the development of a space laser-based missile defense system — and at the very moment Elsheimer had a bottle of this compound, the development team was on campus looking for someone to help them make it.

But, unfortunately, he says, “it turned out the compound didn’t work for that application.”

Faced by luck or the lack thereof, the process remains the same. The power of sustained attention, undeterred by frustration or failure, is irreplaceable. Copik stresses this, saying that “to truly make use of luck, you must be a scientist who is observant.”