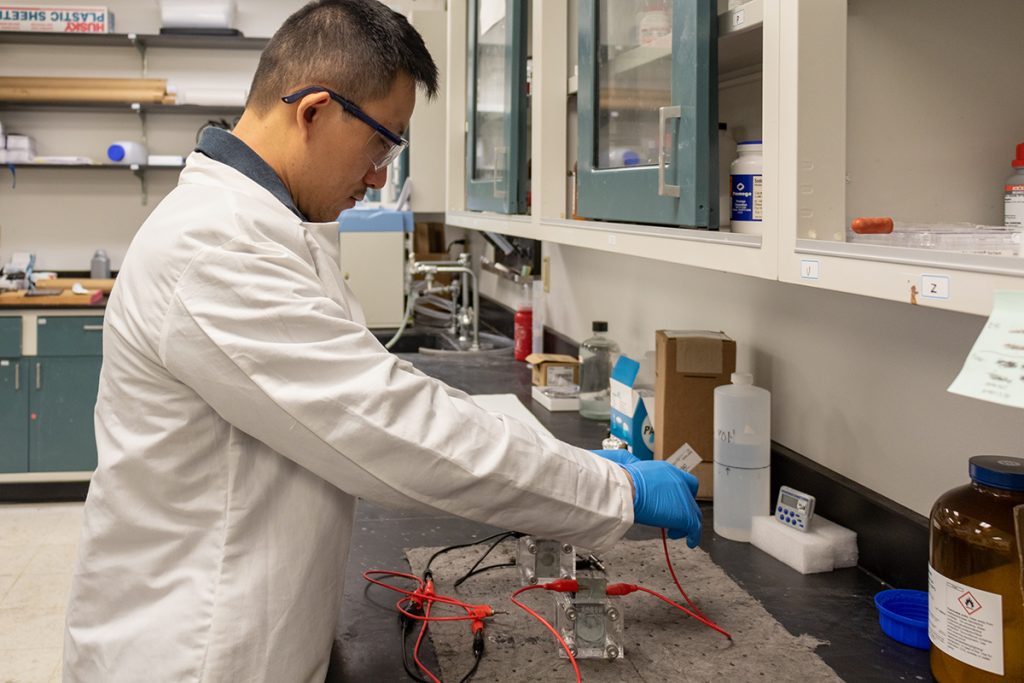 In some of their latest work, published recently in the journal Energy & Environmental Science, the researchers detailed how they stabilized platinum atoms for use in large-scale production of metal-air batteries.

Platinum must be stabilized to work as an effective catalyst to jump-start electrochemical reactions that store energy in the batteries. Platinum-based batteries are safer than the fire-prone, lithium metal designs.

“We controlled the composition of the materials, and therefore have platinum atoms stabilized in the alloy nanosheets,” said Yang Yang, an assistant professor in UCF’s NanoScience Technology Center and study co-author.

The research builds on Yang’s recent work that demonstrated ways to reduce the amount of the expensive metal platinum needed in these battery designs.

The work was supported by a National Science Foundation grant.

Yang holds joint appointments in UCF’s NanoScience Technology Center and the Department of Materials Science and Engineering. He is a member of UCF’s Renewable Energy and Chemical Transformation Cluster. Before joining UCF in 2015, he was a postdoctoral fellow at Rice University and an Alexander von Humboldt Fellow at the University of Erlangen-Nuremberg in Germany. He received his doctorate in materials science from Tsinghua University in China.