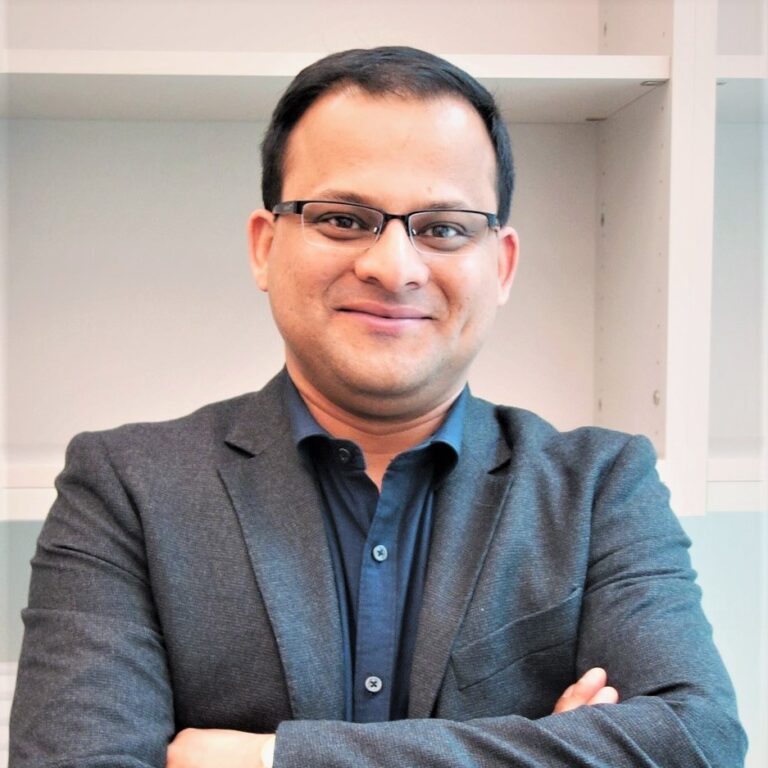 Kausik Mukhopadhyay received his B.S. and M.S. degrees in Chemistry from University of Calcutta, India. Thereafter, after being awarded the Council of Scientific Industrial Research (CSIR) national doctoral fellowship, he continued his doctoral studies in chemistry and materials science at the National Chemical Laboratory in Pune (India), where he received his Ph.D. in 2004. He joined Professor Pinnavaia’s group in the chemistry department at the Michigan State University to pursue his postdoctoral research interests in clay composites. This was followed by a second postdoctoral associateship with Prof. Sherine Obare at University of North Carolina. Since then he has worked in industries for a decade on several multidisciplinary projects involving collaborations with universities and winning more than six million dollars in grants and contracts funded by the Army, Office of Naval Research, Air Force, CBD, NASA, OSD, and DoE, for which he was the principal investigator.

Dr. Mukhopadhyay joined UCF as a Senior Lecturer and Researcher in Fall 2017. Dr. Mukhopadhyay directs the Functional Materials Laboratory at UCF, where his team of young researchers are engaged in fundamentals of materials, chemistry, biology and engineering to develop solutions for multitude of exciting research problems related to surface, coatings, films, electrochemistry (batteries and corrosion), sensors, heterogeneous catalysis and development of hemostatic and burn wound materials for military medicine.

At UCF, he won the QEP Program Innovation Award in 2018, followed by UCF-OUR Student Research award by his team in 2019. Recently, he was awarded a 3-yr DHS-FEMA FP&S R&D Grant for development of a cost-effective, portable detection systems to analyze toxic gases and image fires. Dr. Mukhopadhyay is a reviewer board member for the journal Membranes, and a member of the Americal Chemical Society, American Ceramic Society and Materials Research Society. He also serves as the Lab Director for the MSE UG Lab. 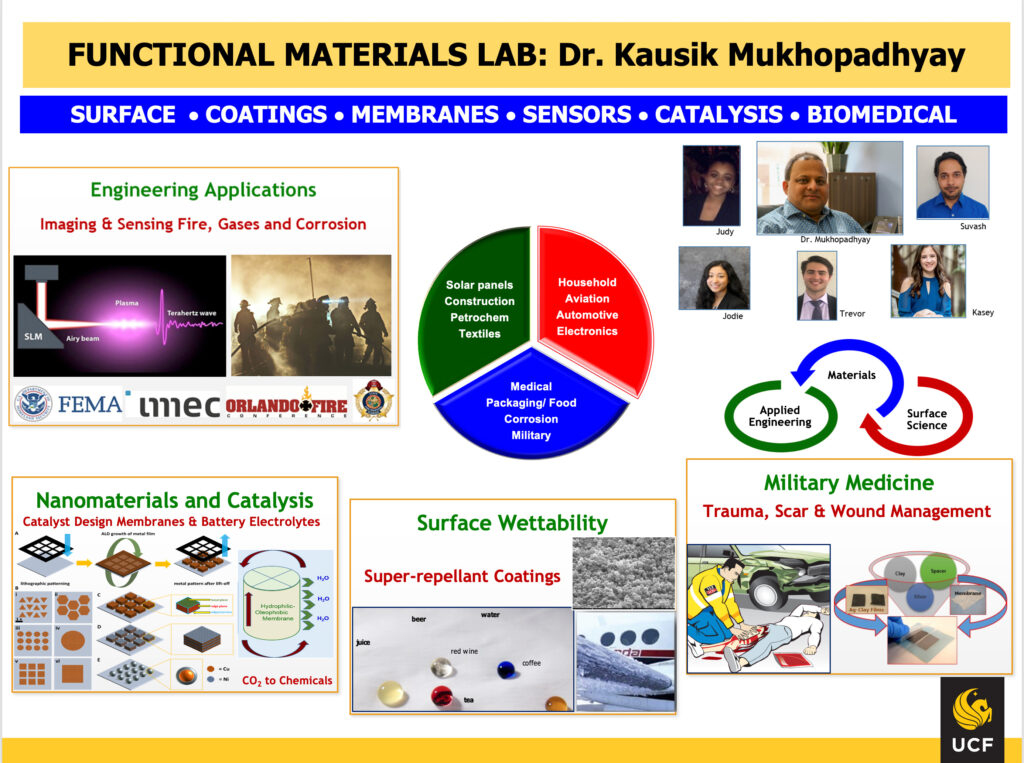 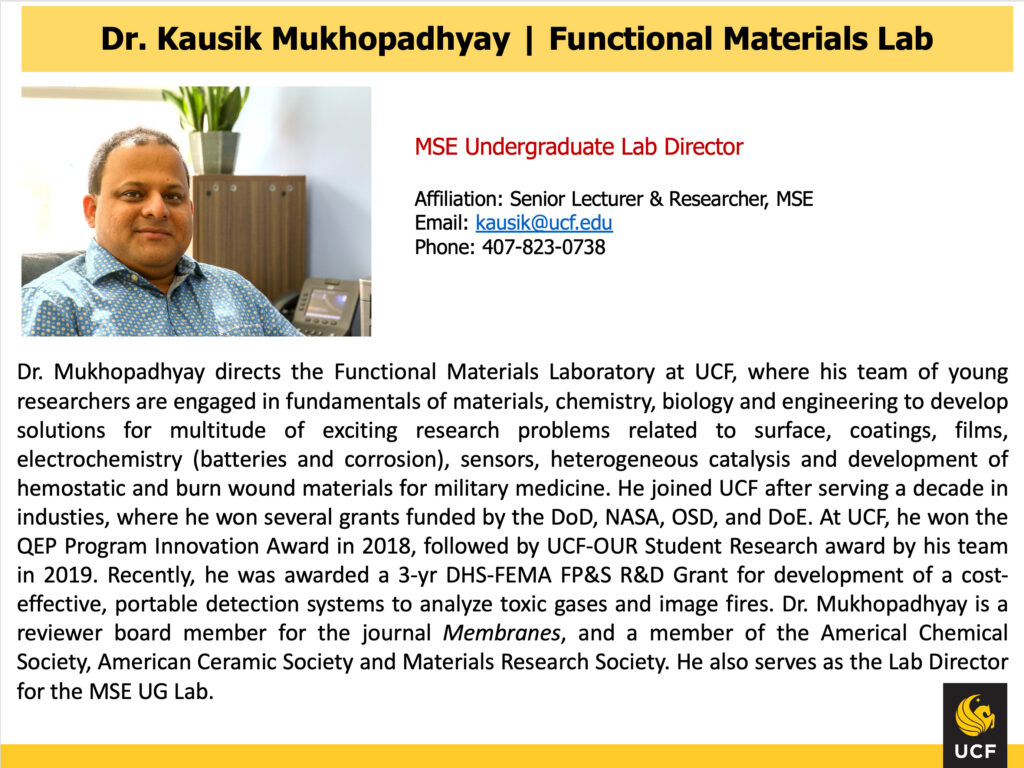 Awards
Organizations
News
Positions Available
We are always looking for motivated undergraduate and graduate students to join our team of researchers. If you are interested please contact Dr. Kausik Mukhopadhyay at kausik@ucf.edu. We are located at Research 1 #319 and Engineering 1 #388; feel free to email us for a lab tour.